The Invisible Poor - seeking a roof over their heads. 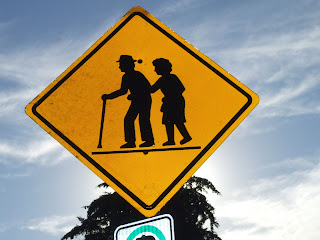 The headlines say a lot about where we are at as a country, province or city. Sure, crime, fire, infrastructure problems and even park land all vie for priority on social or paper media alike. What is not often on the front page but filling up the opinion columns of small and large media formats: the affordable housing crisis.

Think about it. Beyond the poverty and homelessness that has plagued our cities over the decades, the Baby Boomers have finally retired and not all of them are living off of million dollar investments while complaining bitterly about the taxes they are paying on their RRSP withdrawal's this year. The reality is that more and more of my peers are struggling to keep a roof over their heads as well as food on their table and electricity surging through the wiring. They don't jump out as poor in the eyes of the world. I don't personally know even one who is homeless right now and living on the street - even though there are many. But, I do know many seniors who worry about it every day.

At the other end of the age spectrum, the newly graduating young adult faces a different world than his or her parents when it comes to housing affordability for those just starting out.. Jobs are disappearing at road-runner speed levels. These young people - our grandchildren - are facing the same problems as many Baby Boomers only much earlier in their lives. Rents are high and job availability and pay are low. Living at home is a short term solution for fewer as many are forced to chase across the country to land a job.  They are quickly morphing into that fringe of invisible poor - not begging on the street corner or sleeping in the alley - yet.

Hunting for affordable housing is a full time job filled with frustration and stress for all ages. For couples with combined fixed pension incomes hovering near $24,000.00 per year, paying $1200.00 to  $1500.00 per month rent and still buying groceries is becoming a bit of a crap shoot. Hardworking people who raised their kids, pursued a career (even though it was considered new-fangled living in the 1960's & 70's when women actually did pursue careers), lived a careful, productive life but never with investments that amounted to millions when they truly became too exhausted or frail to keep working. These invisible poor are hovering on the edge of becoming the visible couch surfers and homeless quickly needing affordable housing.

So, what is the solution. At the government level, personal choices, charitable support? How do we plan for the roof caving in? I have seen so much talk about experimental housing solutions and celebrate each and every discovery on Facebook. Whether governments get involved or seniors take it into their own hands, every outside-the-box solution is a consideration. Recently there was a post about the re-vitalization of an old mall facing extinction as a robust retail outlet. I love this idea of re-purposing existing structures to incorporate affordable housing. Not luxury loft condos or penthouses - but tiny affordable spaces for the working poor or the retired low income citizens of our communities. A recent one is the Arcade Providence Mall in Rhode Island (no mention of government subsidization). But think about the sprawling Walmarts and empty suburban malls accumulating in cities across Canada. Bricks-and-mortar shopping malls facing extinction in good residential areas begging to be re-purposed and re-vitalized into new neighbourhoods of affordable housing. The aging population would embrace mall living - all of that flat, walking territory would be so amazing. Young people would love the social aspect of life under one roof.

So the questions:
Would you consider renting or even purchasing a small condo in a refurbished mall? Would a mixture of rentals and owned units turn you off as a poor investment? or would you love to be able to live in a community of multi-socioeconomic diversity where the local cafe, park and mega-lounge were within a short stroll in your own building?

Your comments, as always are welcome!!
Posted by Eileen

I love to hear from you!

I am heading toward one of those milestone birthdays that everyone keeps talking about on my Facebook page this year.  Perhaps that is be... 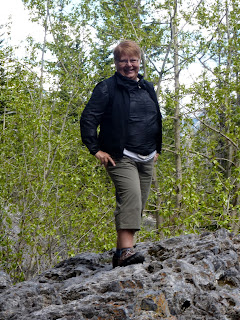